[Feedback]
♥ I will only sell to someone who has a feedback page (EGL, Etsy, eBay, etc)
♥ I retain the right to refuse a sale if otherwise
♥ I own a bird. There was a smoker in the house, was not allowed near my room.
♥ Proof photos for all brand items is my ring.

♥ I ship from Toronto, Canada, and will be using Canada Post
♥ Local pick-up available in Toronto, Canada
♥ Will ship internationally
♥ Priority given to local/Canadian buyers, followed by first able to pay in full
♥ Smaller items (marked with ❅) will only be shipped within Canada unless purchased with another item
♥ Will accept payment via Paypal

♥ Prices are in CAD
♥ Prices include Paypal fees, shipping fees are not included
♥ Payment must be recieved within 48 hours, or item will be returned to sale.
♥ There is no return and/or refund unless provided with damage photos caused by postal service
♥ If purchasing an already damaged item, damages must other than prior to shipping
♥ Once shipped, item is not under my responsibility

DS! Metamorphose Pink Dot Pearl Headbow
~ SOLD ~
I am the second owner. Worn once. (I couldn't find the stock photo)
Bottom of left bow detached from band from when shipped from first owner. Not noticable when worn.

❅ DS! Handmade Ring Will only be shipped within Canada unless purchased with another item
$5.45 CAD + shipping. ($1.50 with Damaged Bodyline Shoes)
Bought locally, only worn once. Adjustable.

DS! DAMAGED Bodyline Shoes, size 23.0
$14 CAD +shipping obo
I am the second owner. Worn once.
These shoes are a little big for me. I was told by the first owner that they fit slightly smaller than 23, and are a snug fit. 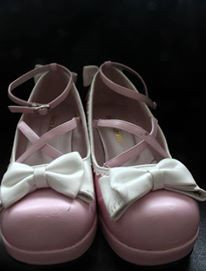 Thank you for looking!

General Info [Feedback]
♥ I ship from Toronto, Canada, and will be using Canada Post
♥ Local pick-up available in Toronto, Canada
♥ Will ship internationally
♥ Will accept payment via Paypal
♥ Prices include Paypal fees
♥ Payment must be recieved within 48 hours, or item will be returned to sale.
♥ I own a bird. There is a smoker in the house, not allowed near my room.
Trade Info
♥ I am willing to pay the remaining difference
♥ Please provide proof photos upon offering
♥ Please provide conditions of the item upon offering
♥ Offer must be able to accommodate 82cm bust, 68cm waist.

DS! Bodyline's Love Jewellery JSK in BLACK
$35 CAD + shipping.
http://lolibrary.org/node/8577
Bust:84-92cm // Waist:72-80cm // Length:85cm
Bought at $40, Black is sold out on the Bodyline site.
I am the first owner. No flaws, worn twice. I'd like to give this a nice home, as I am simply not interested in having Sweet prints with black colourways.

Thank you for looking <3 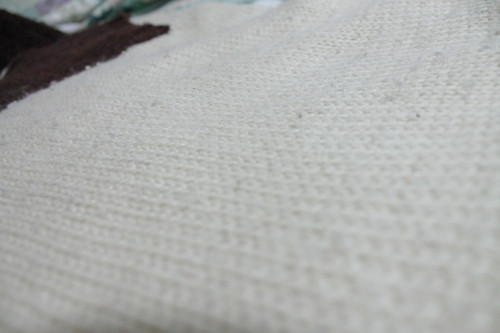 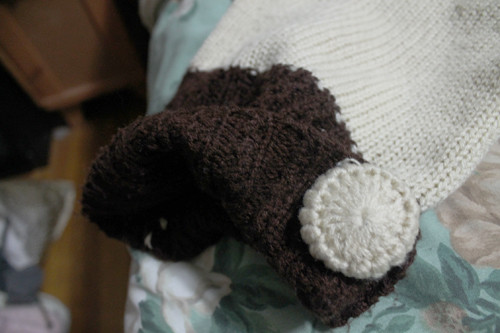 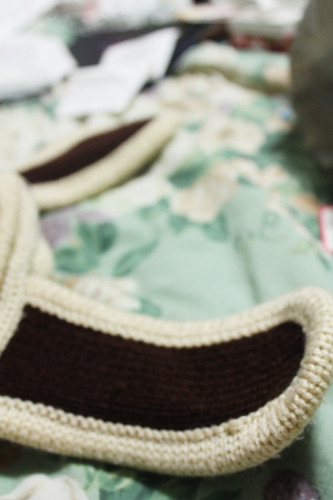 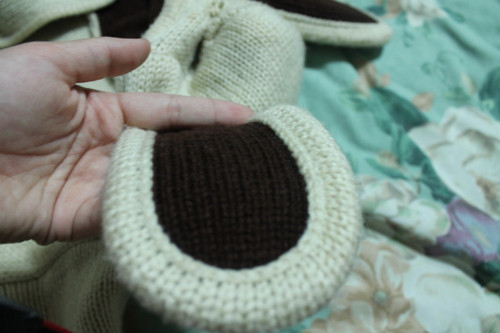 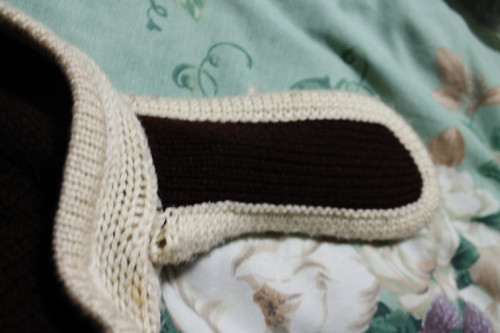 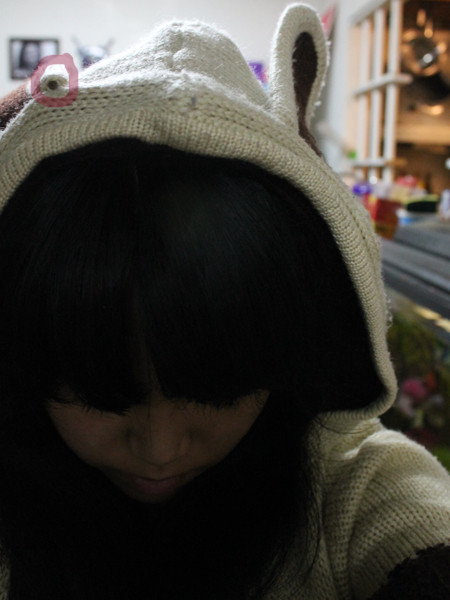 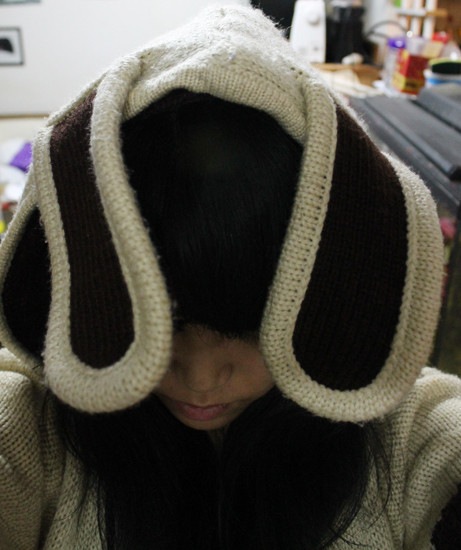 So, a friend asked if I had done a wardobe post yet, so I guess I'll go ahead and drop mine :D I've had my dresses but started dressing in December 2012, so I'm rather new to the fashion and don't have much, haha!

All offbrand. The pink skirts I use to puff up my main petti a little more.

All offbrand. (I have trouble finding shoes that are size 22 / US 3)

Not pictured: Purses. All are offbrand.

Brand
Alice and the Pirates

Time for another wishlist! Because I"m going to be getting JSKs now and I need blouses, and so here's my reference list :D
Pink - Really Want
Purple - Want
Blue - Like but can live without

Guess what totally came in the mail today!! MY BODYLINE ORDER!! I ordered this about two weeks ago, so I'm really surprised it came through so quickly, considering Canada can take up to a month for an order, without customs delaying my package! SO I'M SUPER EXCITED!

Love Jewellery JSK (in blk) - It's really cute in person, and I'm especially fond of the fact that it's light-weight! I really love the print, and the lace and bows themselves are simply adorable! I plan on using this piece for meet-ups, and on some good weather days, maybe to the park or something! As I don't have a headdress for this piece (and it seems VERY incomplete without one), and I can't seem to find that headbow they have in the stock photo, I might just put the detachable bow onto a black headband or something~!!

Floral JSK (in sax) - Feels like an impulse buy, but I'd been looking at it for awhile. It's a lovely print, but it looks better from a distance than it does up close, in my opinion. I think the shoulder straps are pretty cute, and I love how it's this lovely floral print. I'm just not fond of the purple accents on it, but I can get over that quickly. What I'm not particularly fond of is the fact that it's just a little over my knees (then again, I'm short, so it's not like it can be helped). I was intending to make this my casual dress, like something I can wear even without the petticoat, but it seems that I'll need one. This is my casual lolita piece :D

Anyways, thought I'd share that with everyone :D By, the way, I'm not too serious about the WTB to put over comm sales, so I'll ask from here.
Anyone here selling a Bodyline Balloon Bear OP in either Pink or Blue? I prefer the blue, but pink I'll totally settle with it too!!
I'd need the measurements, any damages and such :) If you could add in price of Paypal Fees and shipping that'd be wonderful! Thank you so much guys!

In all honesty, I'm not trying to be a bad friend, but I really need a place where it's really just me. My Tumblr reflects a portion of who I am: the ideas I want to make my own, the people I want to look up to, and the things in life that have really defined me. Bird does not understand that I'm tired and frustrated with her antics. Let me explain. In grade school, the says that I'd come to say, like "Cool beans" or something that I'd use as a catch phrase for about two weeks, she would start imitating it. Whenever I pointed it out, she said okay, and backed off. She only used those phrases when I wasn't around. Misa was once a name I'd been accustomed to, and I told her that it was a special name. It meant a lot to me. I'd noticed her AOL name was then changed to Misa.

A few months ago, I'd said that there was significance in the Zelda series, as they give me fond memories of my parents. Eventually I find her reblogging my tumblr Zelda pictures (which, by the way, she didn't use to do), so I cut down on my Zelda reblogs. I told her that I wanted my name legally changed to "Tear" because not only was the idea that I had someone to look up to, but because Tear has become such a big part of me that I really want to be able to say that it is my name. She then said that she wanted to change her own name to Her name, her asian name, some japanese alias she has online, then her surname hyphen her dad's last name. My first thought was that she was trying to outdo me. I instantly retaliated that I had significant reason to change my name, and she reason to add in the japanese alias (which, by the way, is not proper Japanese) was that she felt like it. That doesn't sound right. I'd understand the asian name, through no offense, it's a name that isn't necessary to add in legally, but by all means, go ahead.

I told her that my friend suggested I join the Lolita community, and I agreed, as it was a fascination and a curiousity I had limited knowledge of. I'd known of the Lolita culture since I was in the 5th grade, and started to research it only recently. Though, I've seen over Tumblr what Lolita was in the past, so I have a decent idea of what's right and wrong. As I told her, she said that she wanted t get into Lolita too "because she was into it too." I know she's had this fascination, and asked me to send her some dresses. I did, and that's the last time. She wants to be a Gothic Lolita. She hasn't done the research, she hasn't done the observations. I'm not trying to be a bad friend but this is where I draw the line. She's older than me; I don't need someone thinking that they should outdo me because I'm younger. She claims that "she has a dark side" so she should be a Gothic Lolita and I'm "sweet" so I should be a sweet lolita (I told her Sweet and Classic are what I want to go for). That sounds like treating Lolita like a "role." Role? Cosplay much? I'm an experienced cosplayer myself, but even I'm aware that Lolita is a lifestyle/fashion and not a game.

I'm tired of faking that I don't notice this, but in all honesty, from previous experiences, telling someone "not to copy me" is either turned into "they can like the same things you do" or "okay" and she'll continue to do it behind my back.
I just want her to find out who she is. I unfortunately can't block her on Tumblr, but if I could, I would watch and see who she really is.